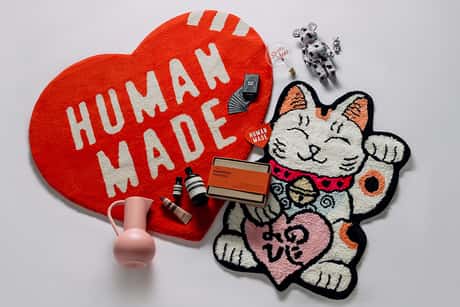 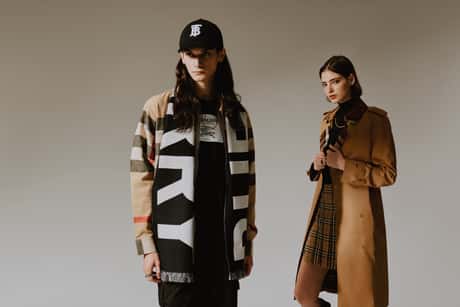 Ahead of their BE@RBRICK release on August 29.

Working with friends can be a risky bid, with many thinking it a recipe for tarnished relationships and failed business – but this seems to be the least of concerns for 다다DADA多多. A venture between six friends – Jongkeun, Oh Hyuk, Eunuk, Yoonhyun, Dasom, and Dawn – the South Korean collective has been making noises with their imaginative yet intentional projects since 2019.

From celebrating skate culture through apparel with WORST SKATESHOP to serving traditional Korean chicken soup with the restaurant OkDongsik, the group not only values the authentic representation of subcultures and Asian identity but genuine communication with followers who identify with these communities.

Ahead of their upcoming DADA x BE@RBRICK release, HBX Journal connected with the forces behind 다다DADA多多, who opened up about their day-to-day creative process to where they're headed next, with the group pointing to their tight bonds as the main driving fuel behind their transformative delivery.

What is 다다DADA多多 and who is it for?

Founded in 2019, 다다DADA多多 is an Asia-based brand created by people who work in photography, music, fashion, design, and other artistic mediums. DADA creates products and digital content that are collaborative. DADA aims to organically express a uniquely Asian identity by constantly extending their boundaries by collaborating with designers and brands.

We initially got to know each other through Oh Hyuk. Hyuk, Jongkeun, Eunuk were friends from college. Dasom and Dawn go way back—friends since kindergarten. They both came to Seoul when they were 20. Dasom started work as a photographer and Dawn as a model. Then, Dasom photographed Yoonhyun and Oh Hyuk for her personal project. That’s how we all became friends.

Who are the creative forces behind the label and what brought the group together?

The formerly mentioned members are a part of all projects and creative content. Video, photography, promotion, graphics, and all genres are divided specifically within our team. Also, this connection is bonded by the ties of friendship. We work on a baseline of respect for each other’s specialties and use our atmosphere of empathy as a synergy. The most gratifying thing for us when it comes to DADA is the fact that we can "work" by bringing our visions to life amongst friends. Friendship is the basis of everything we do. It’s our identity and our most valuable asset.

What is the inspiration behind the hanja “多多” and what does it mean?

First of all, each part is the first character of Dasom and Dawn’s name. More broadly, it can be interpreted in many different ways depending on the cultural contexts. For instance, Dadaism was a big movement in art history; "da-da" can mean "the more the better" in the Chinese-speaking world. It also means "yes" in Russian. Oddly, we vibe with all of these meanings.

From the start of the project, we just randomly throw ideas out there. Usually, when we hang out with DADA members, we talk about what’s standing out in quality or uniqueness and draw inspiration from them. And then we work on the real products and digital campaigns/visuals using methodologies atypical for the traditional fashion and marketing industries.

Eunuk, Jongkeun, Hyuk, and Yoonhyun build up the main idea, Eunuk goes to visual directing, Jongkuen is in charge of creative direction and production, Hyuk takes on music, Dawn takes video content, Dasom does photography, Yoonhyun takes over styling, direction, and communication. Now DADA has a regular SS/FW season with events and collaborations in between. We are planning to do more collaborations reflecting each of our members’ personal tastes.

How have hidden taboos beneath the charming surface of Seoul, like subtle generation gaps and extreme collective hate, fuelled the direction of DADA?

Generational gaps exist in real life, but solving them is not our top priority. Our opinion is that we avoid it and make no space for it. We want to create an obscure status for ourselves that is undefined by boundaries or restrictions.

Do you think that the times we’re in now have given communities like DADA and the younger generation advantage in creative freedom and freedom of expression?

With the democratization of communications nowadays, everyone can be a creator. They can spread their thoughts and values through social media. DADA communicates within our own social media channel, launches the collections, and communicates with the public, not like conventional fashion brands. This encourages high levels of engagement and our followers often become our customers. DADA doesn’t have runway shows or famous press features, so we can use our own channels of communication to tell our story.

What have been the most challenging as well as most rewarding aspects of running DADA?

The most rewarding aspect is definitely the fact that we are working with our friends. There is no pressure at work. We can give our opinions more autonomously. The challenging part is that we are getting more attention than we are capable of handling sustainably, so sometimes human resources are issued for certain projects. Considering that, we will develop our system, grow and expand as a brand.

What sparked the BE@RBRICK release?

BE@RBRICK was a favorite object since the time we were attracted to fashion and culture at a young age. We like the fact that we can present our creativity on its figure without limitation so we accepted the offer from Nubian right away.

What is the inspiration behind the BE@RBRICK design?

It all started from the conversation between Arario Gallery’s Don sun-pil. He dismantles the affection towards the object and background which frequently appears in the BE@RBRICK subculture. Don sun-pil’s project proposes that a so-called OTAKU culture is not simply for leisure or light amusement, but a fascinating social phenomenon and a clue to a shared aesthetic sense. Don had an exhibition called "Kitsutaitne" which means "shop where you can savor forms." It sees the figure as a mass-produced product created by individuals who share the same aesthetic orientation and looks into the aspects of society and culture, the basis of which these specific individuals and communities were created. Furthermore, Don sun-pil assumes that the interface between figures and fine art is "useless except for appreciation."

Throughout this collection, Don focuses on the phenomenon of using watermarks to prevent copyright infringement in a society that circulates millions of images daily. DADA x BE@RBRICK figures give an impression that the material is made of jade stone on the surface, but it is just a plastic printed skin stretched over the inimitable BE@RBRICK silhouette. The figure is watermarked, signaling its supposed originality. Additionally, the package is made of fake wood which was actually produced from photographs of a real wooden box.

What can we expect for the upcoming inline drop in September? How will it communicate the label's beliefs to audiences?

We will release a very new type of collection, unlike anything we’ve ever done. It draws on the continuous context and world of DADA. We are always outdoing ourselves creatively in campaigns, and this one is no different.

We don’t want to just remain within the identity of a fashion brand. Of course, people can and often do see our fashion products at first, but we want to use fashion as a medium to explore other cultural expressions. For the rest of this year, highly anticipated collaborations await.