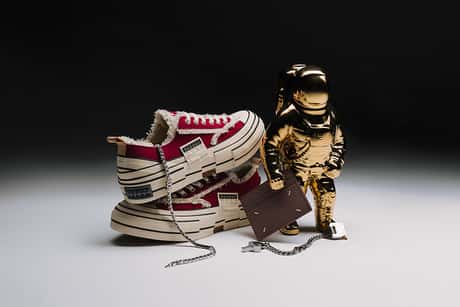 FROM MORBIUS TO MINIONS: EXPLORING THE COMPLEXITY OF MEME CULTURE

A look at how “gentleminions” helped the new 'Rise of Gru' movie, while it’s-morbin-timers did not.

If you’ve seen trending TikToks of groups attending the new minions movie in suits, you’ve probably also seen the “Tickets to X, Please” meme and resurfaced Morbius jokes on Twitter. One, in particular, imagines film marketing people “pulling their hair out” trying to figure out why the superhero film flopped at the box office despite the heated conversations around it.

Meme culture has striked again, causing confusion aside from amusement. Is the gap between corporate studios and Gen Z's godspeed -- or should I say Bobspeed -- evolving sense of humor the reason why Morbius couldn’t ride on meme culture like minions have? We look at different perspectives from some of the instigators themselves in search of possible explanations.

Throwing It Back to Morbin’ time

Acting as though a kid’s movie is a serious black-tie event creates “incongruity,” as Reddit user u/TheMan5991 puts it. However, Minions isn’t the first movie to unify internet users to a magnitude of not only grabbing the attention of production companies but also eliciting a response from them.

Morbius, first released in April this year, stirred an inside joke whereby people pretended to enjoy the movie despite the dismal reviews. The chorus of memes and “positive” feedback, from the made-up quote “It’s Morbin’ time” to petitions for a sequel production, eventually convinced Sony Pictures to re-release it for the second time.

The Rise of “gentleminions”

Since Minions: The Rise of Gru premiered last week, moviegoers dressing up in full suits to watch the new movie has gone viral. While the trend, now coined as “gentleminions” by the movie franchise itself, has inspired many to follow suit, others are outraged by the unhinged antics, including moshing, loud-cheering, and banana-throwing, to the extent that some theatres have now banned formal wear.

Here’s Our Twist to Gru’s Look

The similar nature of irony has also sparked comparisons between the differing memetic effects on both films, where “gentleminions” helped the new minions movie, it’s-morbin-timers did not.

Morbius bombed twice with just $74 million USD in domestic earnings during the original release and only averaging at $289 USD per theater in its re-release. The Rise of Gru, on the other hand, grossed $125.1 million USD at the box office in four days, topping Transformers: Dark of the Moon and breaking the record for the biggest North American 4th of July holiday opening.

People have now gone on to merge the two universes in cross-over memes. The highest-rated Google review for the comedy/adventure franchise, for one, sarcastically replaces “Gru” in the movie title and calls it “Minions Rise of Morbius.”

What the Internet Says

Some argued that executives simply misinterpreted the mockery as genuine praise or as Gen Z’s like to say, misunderstood the assignment.

Others deduced that Sony may have intended for a reception similar to The Room that became a cult classic hit for being “so bad, it’s good.” The 2003 movie's success paved way for The Disaster Artist starring, co-produced, and directed by James Franco, which received various nominations, including Golden Globe's Best Motion Picture and Academy Awards' Best Adapted Screenplay.

Another view suggested that the company failed to see the bigger picture wherein crowds have grown tired of superhero films, let alone a lesser-known character like Morbius. In contrast, the Despicable Me franchise has had a loyal fanbase for over a decade and will always appeal to kids. Hence, the meme factor merely acts as a catalyst for Rise of Gru’s meteoric success, and its lack thereof wouldn't have made much of a difference – the banana-obsessed henchmen would still do better than the vampire.

Digital information spreads like rapid wildfire today. The entertainment industry has always been a common target, with other well-known animations being the Shrek franchise and The Bee movie. Besides movies, memes-led movements have also come in the form of last year's GameStop stock value and Reddit's r/place April Fools’ day experiment.

Is this generation's meme culture a threat, or should we be glad that the internet has provided a platform where people are more unified than ever? It seems there will always be opposing forces in these situations, as there are two sides to every story.